Ready to Buy? Find a retailer >>
Designflooring Made Easy
Find Your Style
Inspiration For
As Seen On TV

Posted on the 4/26/2020 by Karndean Designflooring

Inspired by the artistic beauty of traditional Moroccan architecture brought to the Iberian Peninsula during the 8th century, this pattern combines geometric forms in a non-uniform patchwork arrangement that incorporates curves and crests influenced by medieval Spain. Casablanca shows off this design in a classic monochromatic palette of grays, while Marrakesh possesses a mix of chalky, terra color tones for a playful look. 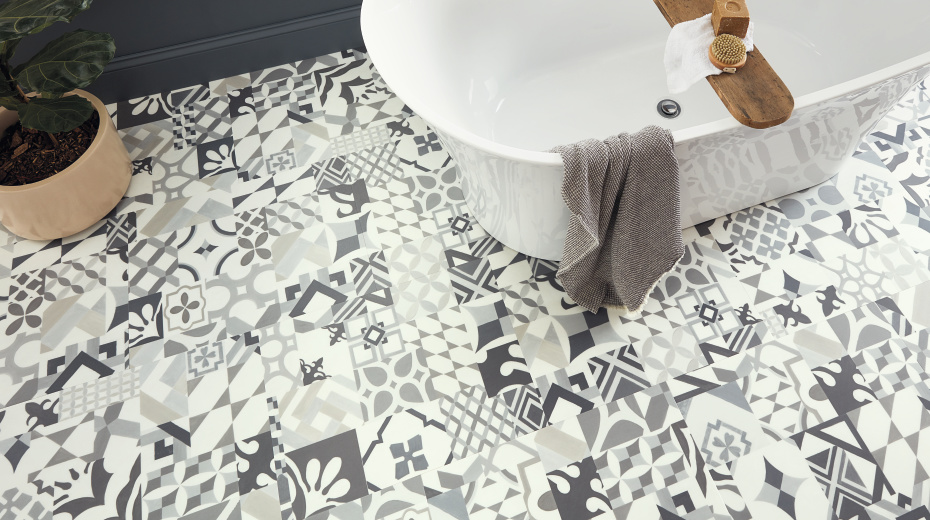 After discovering a unique batch of limestone at an English quarry, our product development team used both faces of the stone to create two designs that were then fused together. One face of the stone was initially bleached and underwent a high-pressure brushing, or "satino," process to uncover its natural character. The second design, from the other face of the stone, reflects the original cut. Although this is a limestone design, it can also be interpreted as a stained concrete look. 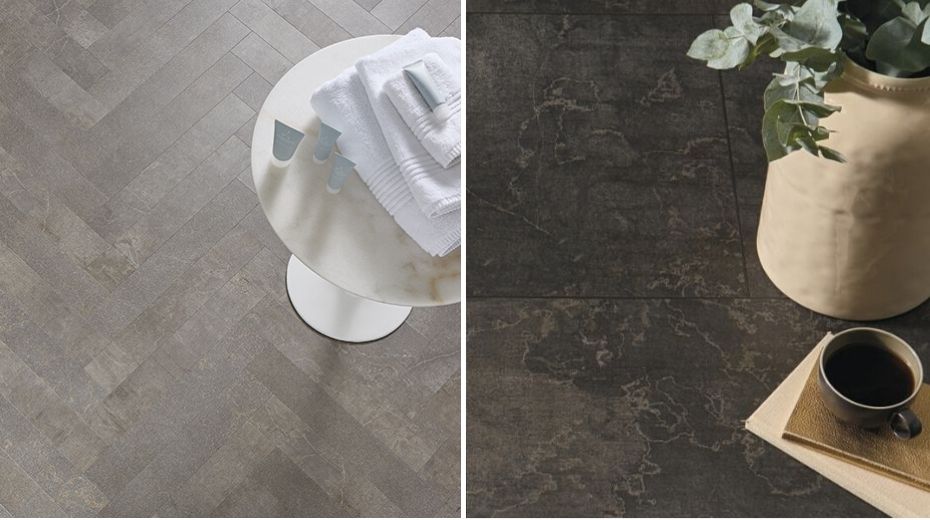 Available in two colors, Fumo has smokey brown and gray tones for a sleek concrete-like appearance, while Lutum features darker, charcoal tones that allow the pearlescent veining to show through.

Fumo may sound familiar, as we originally introduced this design in 2018 in an 18" x 24 tile (SP216); however, what's new is that it is now also available in an 18" x 3" parquet "accent tile." Accent tiles are perfect for use in small areas of the home, including bathrooms and entryways, or in adjoining rooms when used alongside the larger tiles.

Try out the latest Opus designs in our Floorstyle design tool and request samples of your favorites and explore the entire Opus range!