Ready to Buy? Find a retailer >>
Designflooring Made Easy
Find Your Style
Inspiration For
As Seen On TV

Posted on the 7/3/2019 by Karndean Designflooring

As in fashion, pattern is an important element of interior design and home décor. It can be used to draw attention, add interest to the overall design scheme, and is a way to express personality through your space.

When selecting a style of floor for your home, you may want to consider a classic pattern like herringbone because flooring is not a home finish that is frequently replaced. 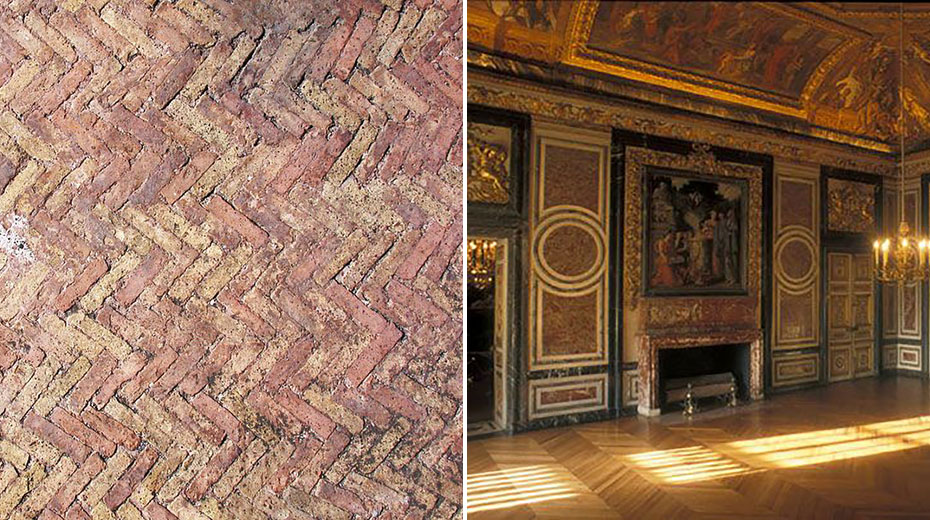 Herringbone was first incorporated into flooring design in 16th century France. In the 17th and 18th centuries, herringbone floors were laid throughout castles and homes of the elite throughout Western Europe, including the Palace of Versailles. No longer reserved for the upper class, today herringbone can be enjoyed by all.

With Karndean Designflooring luxury vinyl, there are options to create a herringbone in all three product formats we offer: gluedown, loose lay and rigid core. We differentiate ourselves by offering several Korlok Select rigid core colors in a herringbone format.

Here are a several ways you can incorporate herringbone into your floor design: 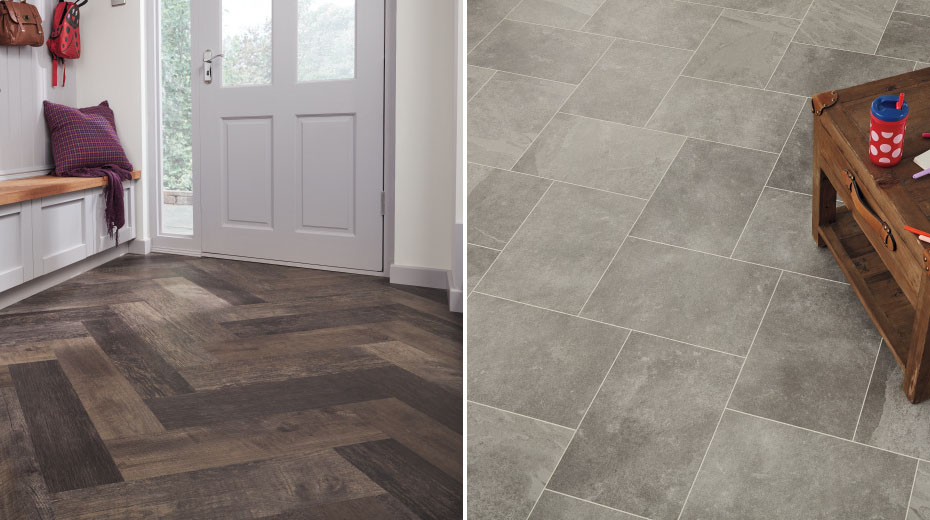 Classic Herringbone: A simple pattern with beautiful impact. The photos below show a traditional herringbone pattern, in which the planks and tiles are laid at 90-degree angles to one another. You can run full-size planks in a herringbone pattern in larger spaces or choose from our parquet planks (shown above, left) in smaller spaces like powder rooms or hallways. 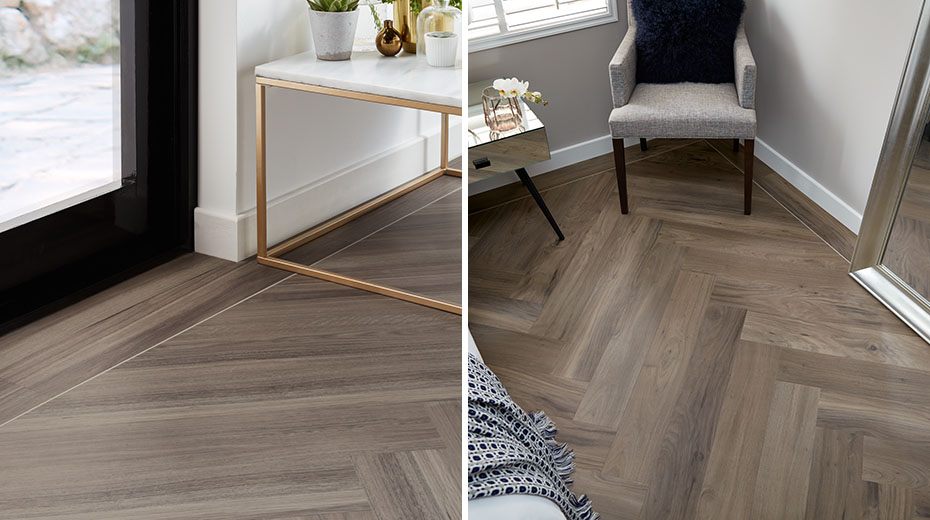 Framed Herringbone: In homes that do not have open layouts, but rather rooms separated by walls, laying planks straight around the perimeter of the room anchors the design and gives it a finished look. 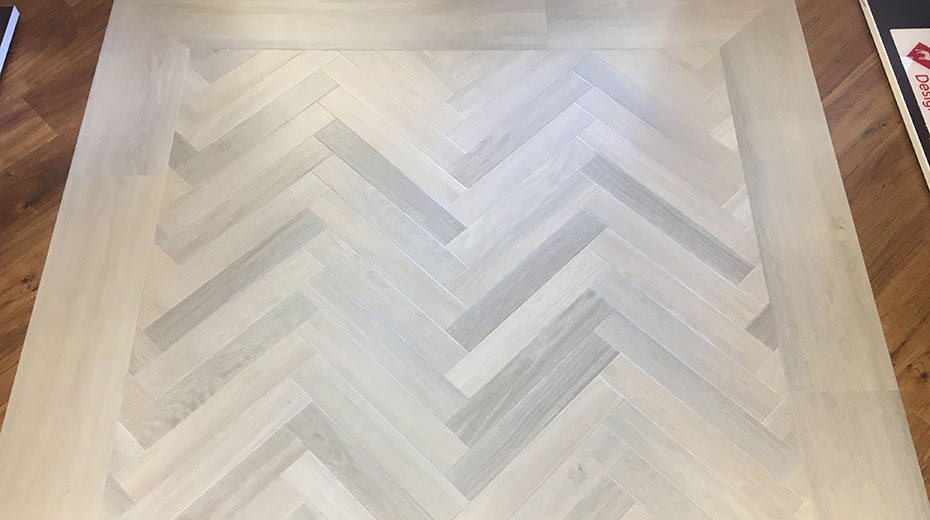 Herringbone Panels: In small entryways or stair landings, you can create an area rug effect by doing a smaller panel version of a framed herringbone. You could also put multiple panels in longer hallways or use this “area rug” in a living or dining area.

These are several variations on the classic herringbone pattern, allowing you to keep the overall look of your floor traditional. Experiment with different herringbone layouts using Floorstyle, our digital floor visualizer!

Posted on the 7/10/2019 by Karndean Designflooring